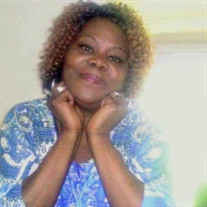 The family of Ms. Carolyn "Bellpepper" West-Guajardo created this Life Tributes page to make it easy to share your memories.

Carolyn Anita (West) Guajardo passed away after a fight with...

Send flowers to the West-Guajardo family.