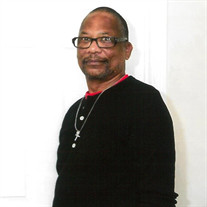 Larry Jerome Holmes went home to be with the Lord on Monday, March 8, 2021 at the age of 60. He was born on February 9, 1961 in Saginaw, Michigan to Juanita and Willie E. Holmes. He accepted Christ at an early age. Larry enjoyed fishing, playing... View Obituary & Service Information

The family of Mr. Larry Jerome Holmes created this Life Tributes page to make it easy to share your memories.

Larry Jerome Holmes went home to be with the Lord on Monday,...

Send flowers to the Holmes family.