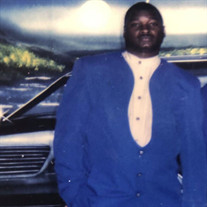 Malvin Charles Coleman 63 years, of Saginaw, Michigan passed away on Thursday, February 3, 2022. Malvin was born on February 9, 1958 to Percy Coleman, Jr and Mary Lou Coleman (Young) in Marvell, Arkansas. After finishing high school, he became an assembly worker for General Motors at the age of 18 years old. He was married to Judith Coleman ( Perkins) from 1981-1991. He was a member of the UAW 668, and retired after 25 years of service with General Motors in Saginaw, Michigan and Georgia. Malvin was a lover of cars and music. During his spare time, he had as an impressive hobby; you would find him making modeled cars and listening to a great array of music. In his younger years, he had a great love for basketball and exercising. Malvin also known as “Hollywood” was a collector of luxurious cars. You might have found him on a hot summer day driving with the windows down listening to his favorite R&B. He was a Father, Brother, Uncle, and Friend. Malvin will be missed for his great sense of humor and his poised disposition. He is survived by his children, Christopher Coleman and Melanie Coleman; one sister, Carolyn Coleman Cauthen ( Tommy Cauthen) Mississippi; brothers, Calvin Coleman, Melvin Coleman (Kim Coleman), and Chester Coleman; he leaves behind three grandchildren; Christopher Jr., Christian, and Chri’Zyah. He also leaves behind a host of nieces, nephews, and close friends. He was preceded in death by his mother, Mary Lou Gloss ( Coleman) and a niece, Shenna Coleman. The family requests that all flowers, notes and condolences be sent to Evans & Browne's Funeral Home. Funeral service will take place at 11:00 a.m. on Tuesday, February 22, 2022 at Evans & Browne's Funeral Home, 441 N. Jefferson Ave., Saginaw, MI 48607. Pastor Roy Manning will officiate with interment in Forest Lawn Cemetery, 3210 South Washington Avenue, Saginaw, Michigan 48601. Visitation will take place at the funeral home on Monday, from 2:00 until 6:00 p.m. "We are confident, I say, and willing rather to be absent from the body, and to be present with the Lord." 2 Corinthians 5:8 "See, I am sending an angel ahead of you to guard hyou along the way and to bring you to the place I have prepared." Exodus 23 The 11:00 a.m. service will be lived streamed, to view; Go to - Obituary, (on computer) go to-videos and photos, (on cell phone or tablet) go to -Media Click on picture of casket -webcast will start ten minutes before service.

The family of Mr. Malvin Charles "Hollywood" Coleman created this Life Tributes page to make it easy to share your memories.

Send flowers to the Coleman family.