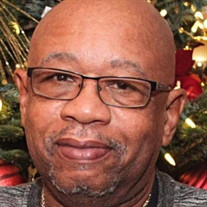 Mr. Melvin Louis Edmond was born in Grenada, Mississippi the son of William and Mattie (Talbert) Edmond on March 1, 1953. He passed away on March 31, 2021 at the age of 68 years. Melvin graduated from Grenada High School in Granada, Mississippi.... View Obituary & Service Information

The family of Mr. Melvin Edmond created this Life Tributes page to make it easy to share your memories.

Mr. Melvin Louis Edmond was born in Grenada, Mississippi the...

Send flowers to the Edmond family.