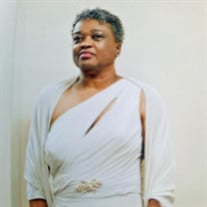 On the morning of February 14, 2021 at about 3:00 a.m., the Lord knocked at Susan’s hospital door. He needed Susan to come for a fitting of her robe, crown, and to see the floor plan for her mansion. She heard his voice and opened the door so that he could come. Susan Carr was born May 12, 1954 in Saginaw, Michigan to Richard and Mavis Carr. She was a member of the South 17th Street Church of Christ. Upon moving to Park Forest, she became a member of Chicago Heights Church of Christ, then later, when she moved to Shiloh, IL, she became a member of the Fairview Church of Christ. Susan was a graduate of Saginaw High School Class of 1972, and a graduate of University of Michigan in 1977. Later in 1977, she moved to Park Forest, IL where she was employed at Bloom Township High School in Chicago Height as a History Teacher. Also, while there, she coached girls’ track and field and received the honor of “Coach of the Year”. Then in 1985, she graduated from National Lewis University with a Master’s in Education. Her teaching career came to an end when she retired in June of 1997. The workaholic that Susan was, in August of 1977, she became an Illinois Education Association Uniserve Director for Region 48; which was one of the largest school districts of thirty schools in Mount Vernon, IL. In 2008, she was the first black to hold this position of Uniserve Director in Southern Illinois. Being organized and meticulous were skills Susan possessed that were essential parts of who she was. As an advocate for racial and social justice and educational issues, she tirelessly worked to make an impact on all those she interacted with. Susan was a strong, committed, and a compassionate woman, who would never ask more of you than she would ask of herself. She spoke her mind and was always prepared to defend herself on all issues, no matter whether you agreed with her or not. Susan Carr leaves to cherish memories, a nephew, Eric Kelly; great-niece, Quiana Kelly; great-nephew, Eric Giovanni Kelly, all of West Beach, FL; a host of cousins, and friends including her church family of Fairview Church of Christ, Chicago Heights Church of Christ, and her family of South 17th Street. Susan was preceded in death by her parents, Richard and Mavis Carr; brothers, Kenneth and James Carr; her sister, Yvonne Kelly. Funeral service will take place at 2:00 p.m. on Thursday, March 4, 2021 at Evans & Browne's Funeral Home, 441 North Jefferson Avenue, Saginaw, Michigan 48607. With the interment in Eastlawn Memorial Gardens, 7475 Holland Road, Saginaw, Michigan 48601.Visitation will be from 9:00 a.m. until the time of service. Due to COVID-19 there will be strictly enforced capacity restrictions. **Funeral service will be live streamed** 1:45 p.m. Go to: Obituary of Ms. Carr Go to: Photos/Videos (or Media if on Cell or Tablet) Click on picture of casket

On the morning of February 14, 2021 at about 3:00 a.m., the Lord knocked at Susan&#8217;s hospital door. He needed Susan to come for a fitting of her robe, crown, and to see the floor plan for her mansion. She heard his voice and opened the... View Obituary & Service Information

The family of Ms. Susan L. Carr created this Life Tributes page to make it easy to share your memories.

Send flowers to the Carr family.