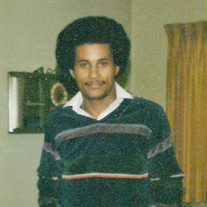 Vernell (Keys) Phipps was born November 8, 1945 in Saginaw, Michigan the son of Robert Phipps and Phebia Christmas Long. He was a resident in New Orleans, Louisiana and attended Natchez High School in Natchez, Mississippi. He was employed... View Obituary & Service Information

The family of Mr. Vernell Phipps created this Life Tributes page to make it easy to share your memories.

Send flowers to the Phipps family.